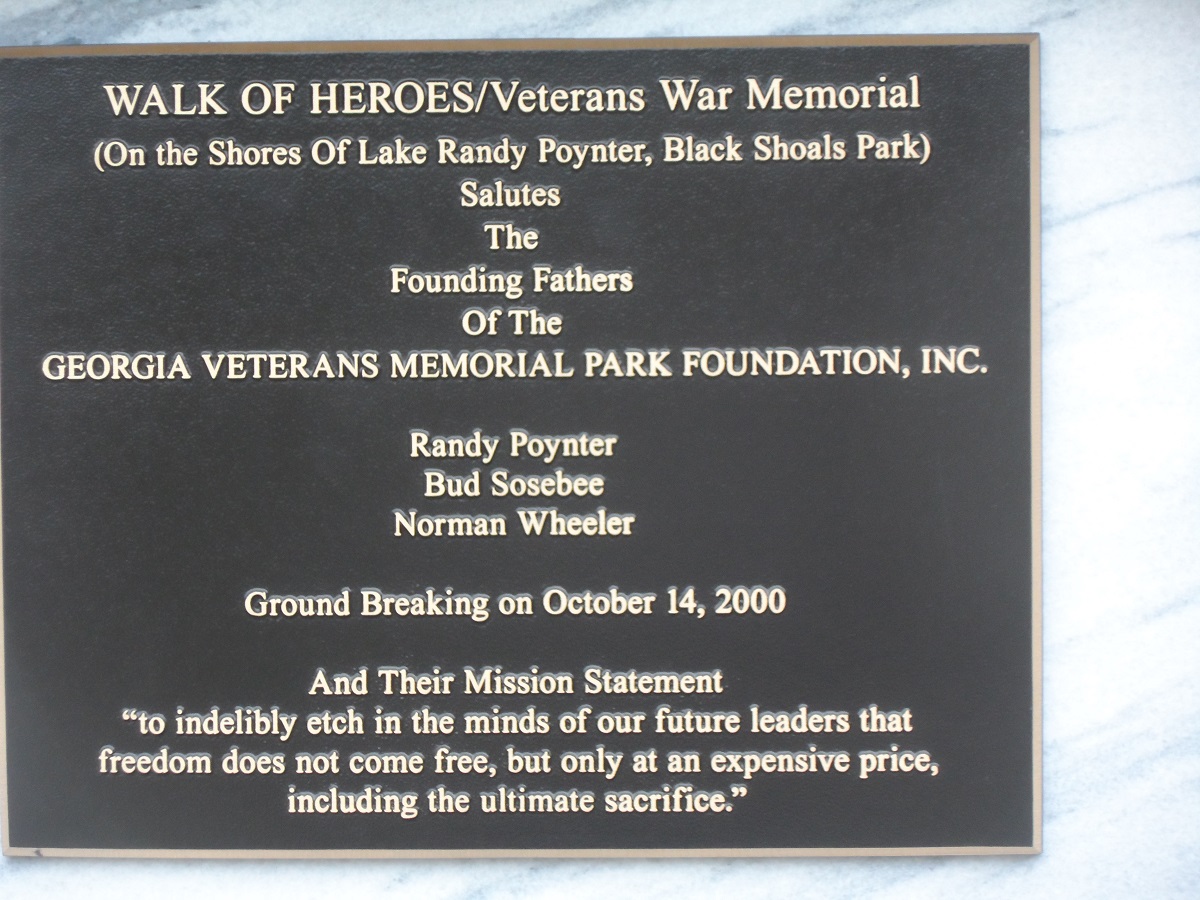 Through the creation of your memorial park, which is located on a three acre site at Black Shoals Lake in Rockdale County, we will foster a common understanding of the sacrifices and uncommon dedication of veterans and their families. The main pathway, called “Walk of Heroes”, will portray a sense of the total commitment given by these men and women during the twentieth century through war conflicts and peacetime endeavors.

In a park setting, the memorial provides through a self-paced and self-guided tour, the opportunity for the public to reflect on the rights and freedoms enjoyed by today’s citizens in the United States of America, which have been preserved by unselfish acts of all veterans.

The park will display a series of quotes, wall carvings, statues, and specific enclaves, dedicated to the five wars and other conflicts of the twentieth century. Also, there will be sculptures to further express the bravery of every veteran who offered his or her all to protect the rights of every citizen.