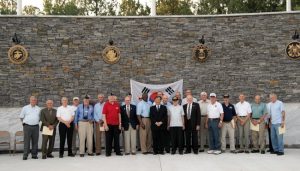 The 60th anniversary of the Korean War was honored with a ceremony at the Georgia Veterans Memorial Park on June 27, 2010. Rockdale Korean war veterans and public officials marked the event .