Raffle Winners from May 2015 receive prizes

Tommy Clack, President and Chairman of the Board of the Walk of Heroes, recently presented prizes to the winners who took part in a fundraiser raffle for the Veterans War Memorial as part of the 40th Anniversary Observance/End of the Vietnam War and The Moving Wall exhibition. 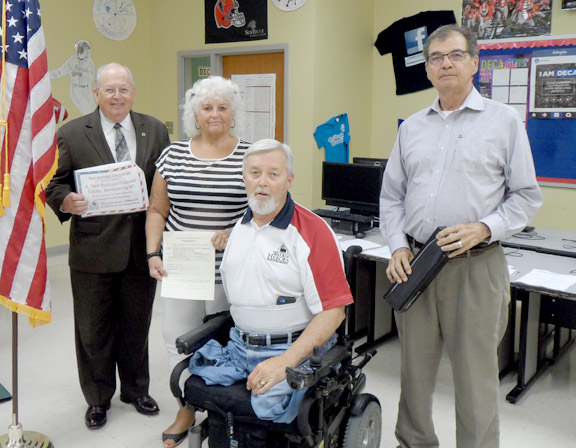